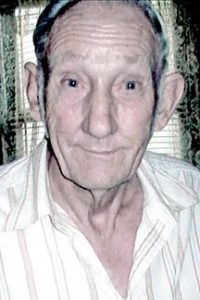 Mr. Robbie (Cobb) Lynch, age 78, of the Pea Ridge Community died at 4:39 p.m. Tuesday evening November 5, 2019 at his Pea Ridge Road home under the loving care and comfort of his family. He was pronounced deceased at 5:29 p.m. by Kindred Hospice of Cookeville.

He was born Robbie Lee Lynch in Carthage on July 1, 1941 and was the son of Mrs. Maggie Sue Dickerson Lynch Davis Kellow who died on September 27, 2013 at the age of 94 and the late Otis Lynch.

He was united in marriage at the Smith County Courthouse on April 11, 1963 to Nashville native, the former Barbara Alice King.

They were preceded in death on December 17, 2002 by a daughter, Mary Margaret Lynch Givens who died in an automobile accident near Cox-Davis School at the age of 34.

Mr. Lynch was an accomplished carpenter and until the death of his half-brother, Charles Thomas Davis who died at the age of 51 on October 29, 1996 as a result of a massive heart attack, they constructed new homes together and after the death of Mr. Davis, Mr. Lynch continued his carpentry trade.

His favorite pastime was fishing and Mr. Lynch was an avid deer hunter.

Mr. Lynch was a member of the Carthage Free Holiness Church in the Beulahland Community.