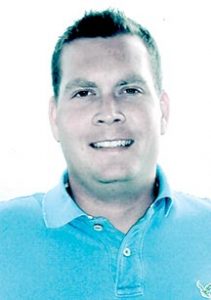 A Smith County man was killed in a single vehicle wreck in Putnam County over the weekend. The victim was identified as Michael Owen Massey, 38, Elmwood.

The accident occurred around 11:54 p.m., Saturday on Highway 96/Medley Amonette Road near the Smith County line. Massey was pronounced dead on arrival at 12:15 a.m, Sunday, at Cookeville Regional Medical Center.

According to the Tennessee Highway Patrol accident report, Massey was driving a 2008 Nissan Altima north on Highway 96/Medley Amonette Road which traveled off the left side of the roadway.

The vehicle struck a rock embankment and overturned. The vehicle struck a tree and came to a final rest. According to the Tennessee Highway Patrol, the victim was not wearing a seat belt at the time of the wreck. The wreck was investigated by Trooper Jason Cobble.

READ MORE IN THIS WEEKS COURIER…..