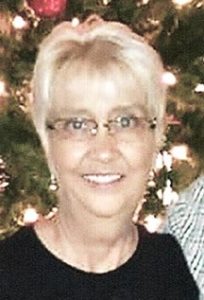 Mrs. Connie Brown Savage of the Horseshoe Bend Community died at her Horseshoe Bend Lane home at 6:15 a.m. Thursday morning November 21, 2019 following a battle with lung cancer which was diagnosed July 3rd of this year. Her family was at her bedside when the death angel called. She was pronounced deceased at the age of 62 at 7:28 a.m. by Kindred Hospice of Cookeville who had been loving caring for her medical needs.

On September 2, 2000 at the Elmwood United Methodist Church she was united in marriage by then pastor Bro. Vincent Baker to Flatrock Community native Jimmy Gladen Savage.

Mrs. Savage was a Quality Control Technician for the Tecknia Corporation in Mt. Juliet where she began employment in 2004. She retired in March of 2019 because of failing health.

Mrs. Savage was saved at a young age and was baptized into the membership of the Elmwood United Methodist Church by then pastor, Rev. Arnett Creasey.

Surviving in addition to her husband of over nineteen years are her children, Tammy Shaw and husband Daniel and Shawn Estes all of the Horseshoe Bend Community; four brothers, Jimmy Brown and wife Betty, Ronnie Brown, Ricky Brown all of the Horseshoe Bend Community, Chris Brown of Fayetteville, Tennessee; three grandchildren, Eric, Brittany and Alyssa Shaw.