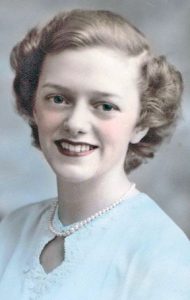 Kitty had been the owner and operator of Harper’s Beauty Shop in Detroit, Michigan and also a Travel Agent in Southfield, Michigan.

She is survived by her sons, Robert L. Harper of Belleville, Michigan, Rick C. (Margaret) Harper of Roseburg, Oregon and William (Mary) Harper of Wixom, Michigan and daughter, Cindy (David) Harmon of Angola, Indiana.  Also surviving are her 8 grandchildren and two great-grandchildren.

She was preceded in death by her parents; husband, Robert H. Harper on July 12, 2010 and her brother, Jimmie Campbell.

There will be no services.