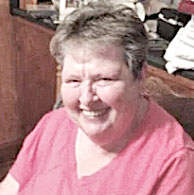 Mrs. Faye Mason Huddleston, affectionately known as “Granny”, age 78 of Lancaster, TN, and a resident of the Trousdale Senior Living Center since 2017, passed away Friday, January 24, 2020.

Mrs. Faye was born May 5, 1941 in the Mason Hollow of Smith County, TN, a daughter of the late John Washington Mason and Robbie Geneva Reed Mason. She married Arnold Harris on December 31, 1959 and he preceded her in death on June 26, 1975. Later, she married Joe Huddleston on August 12, 1979 and he preceded her in death on July 14, 2011. Mrs. Huddleston was also preceded in death by Siblings; Jack Mason, James Ledford Mason, Michael Lynn “Speck” Mason, Bobby Ben Mason, Larry E. “Buddy” Mason, and William M. “Stick” Mason.

Mrs. Huddleston was a graduate of Gordonsville High School. She worked at the Carthage Shirt Factory, Robertshaw, and Dana. After retirement from public work, Mrs. Faye worked as a caregiver to various people. She was a member of the Chestnut Mound United Methodist Church. Mrs. Faye loved to cook and bake and was famous for her chicken and dumplings.

Funeral services for Mrs. Huddleston are scheduled to be conducted from the Gordonsville Chapel of Bass Funeral Homes at 1PM on Monday, January 27, 2020 with Bro. Dickie Johnson officiating. Interment will follow in the Vinson Cemetery on Shepardsville Road in the Liberty Community of Jackson County, TN.

Visitation with the Family will be at the Gordonsville Chapel of Bass Funeral Homes on Sunday from 1PM until 8PM and again on Monday from 10AM until service time at 1PM.

The family requests memorials in Mrs. Faye’s memory be made to the Chestnut Mound United Methodist Church Building Fund.