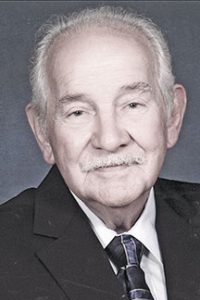 Mr. Billy Tyree age 81 of the Tanglewood Community was pronounced deceased at 6:46 p.m. Sunday evening February 2, 2020 at the age of 81 at his Massey Road home by Kindred Hospice of Cookeville.

Mr. Tyree served as a military policeman and was trained at the Provost Marshall General School at Fort Gordon, Georgia.

His total service to our country was seven years, one month and twenty eight days of which two years, six months, and twenty three days was dedicated to overseas service.

He was awarded the Good Conduct Medal and a Marksmanship medal for an M-14 rifle.

He was also trained in 1960 in the Code of Conduct for Military Justice.

Following his military service he was united in marriage at the home of the late Eld. Phocian Gibbs to Carthage native, the former Linda Yvonne Knight.

Mr. Tyree was an operating engineer with the Tennessee Valley Authority before retiring in 2001.

He was a member of the South Carthage Missionary Baptist Church.

Surviving in addition to his wife of over fifty six years is their son, Mark Tyree and companion Debbie Whitener of the Watervale Community and two grandsons, Cody Tyree of the Tanglewood Community and Jon Tyree of Lebanon, and two great-grandchildren.