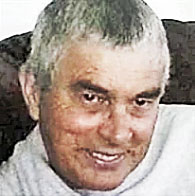 Mr. Don “Monk” Bain, age 66 of Alexandria, TN, passed away Wednesday, February 5, 2020 at Alive Hospice in Murfresboro, TN after a lengthy stay at the Summit Hospital in Hermitage, TN.

Mr. Bain started working working construction at 18 years old. He was a member of the Laborers International Union of North American Local Chapter #386 for 45 years. He retired from the Gallatin Steam Plant in October of 2015. He enjoyed spending time with his grandchildren. Mr. Bain was a member of the First Baptist Church, Alexandria and attended the Hickman Baptist Church.

Funeral Services for Mr. Bain are scheduled to be conducted from the Avant Funeral Home on Saturday, February 8, 2020 at 1PM with Bro. Richard Hackett officiating. Interment will follow in the Hillview Cemetery.

Visitation with the family will be at the Avant Funeral Home on Friday from 1PM until 8PM and on Saturday from 10AM until service time at 1PM.