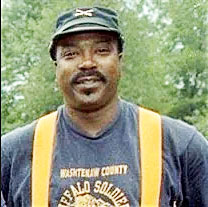 Funeral Services from Mr. Carter will be conducted on Saturday, February 22, 2019 at 1 PM from the Gordonsville TN Chapel of Bass Funeral Homes. Interment will follow in the Ballards Chapel Cemetery in the Stonewall Community of Smith Co, TN.

Mr. Carters family will receive friends at the Gordonsville, TN Chapel of Bass Funeral Homes on Saturday February 22, 2020 from 12 NOON until service time at 1PM.