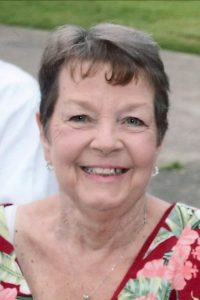 Mrs. Sherry Pritchett, age 67, of the Rome community, passed peacefully at her Lebanon Highway home at 11:20 a.m. Wednesday morning, February 26, 2020, with all her family at her bedside. She was pronounced deceased by Caris Hospice of Cookeville who had been assisting the family with her care since she returned home on Tuesday the 25th. She had battled Myelofibrosis since 2013 and a bone marrow transplant since 2014.

A Celebration of her Life was on Saturday afternoon, February 29th, at 1 p.m. from the Carthage Chapel of Sanderson Funeral Home. Her two sons, Jody and Jay Pritchett, and grandson, Hudson Montgomery, remembered their Mother’s life in reflections of love, joy, sadness and prayer. Burial followed in the Garden of Everlasting Life at Smith County Memorial Gardens.

One of eight children of Defeated Creek community native Melba Joy Dillehay Wright of the Rome community and the late Lillard Dewitt Wright Sr., who died June 18, 2011 at the age of 84, she was born Sherry Lynn Wright at the former McFarland Hospital in Lebanon on October 10, 1952.

At the home of her sister, Janie, in South Carthage on May 17, 1974, she was united in marriage to Watertown native Jackie Doran Pritchett by then Rome Church of Christ minister, Barry Keene.

From 1979 until ill health forced her to close her daycare in 2014, she owned and operated Mrs. Sherry’s Daycare Center in the Rome community. During that thirty five year period she cared for over one hundred and twenty babies and young children.

Mrs. Pritchett had been a member of the Rome Church of Christ since her early teens.

She was a member of the 1972 graduating class at Smith County High School.

The Pritchett family request memorials to the Vanderbilt Childrens Hospital.