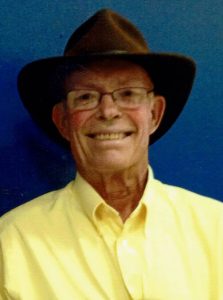 Mr. Lawrence was born June 5, 1953 in Carthage, TN, a son of Maryanna Gibbs Lawrence and the late Kenneth Irving Lawrence. He married Mary Ellen McHugh on May 26, 1977.

Mr. Lawrence was a 1971 graduate of Gordonsville High School. He worked at the Gordonsville Zinc Mine for 29 years. Mark was a licensed electrician, and also worked at the City of Lebanon Water Treatment Plant for ten years. Mr. Lawrence and his wife, Mary Ellen, and his parents owned and operated the Woodjammer Restaurant in Gordonsville, TN for ten years. He was an accomplished banjo player. Mark loved fishing, caving, and arrowhead hunting. He was a member of the Gordonsville Church of Christ. Mark loved helping people, always willing to lend a helping hand.

The Family will hold private funeral services and visitation.

A Celebration of Life will be planned and announced at a later time.

The Family requests memorials be made to the Gordonsville Church of Christ or Smith County Right to Life.