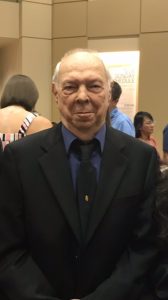 Mr. Nixon was born January 25, 1935 in Gordonsville, TN to the late Robert Baird Nixon and Lila Ferrell Nixon. Mr. Nixon was also preceded in death by Aunts; Ruby Law, and Nancy Anderson, and Uncle; J.K. Ferrell. He met Dixie Elenburg in Ft. Worth, Texas and they married in El Reno, OK, in June of 1960. She preceded him in death in 2005.

Mr. Nixon Graduated from Gordonsville High School in 1952. He then attended Tennessee Polytechnic Institute where he graduated with a Mechanical Engineering degree. He later received his Master’s in Engineering from Southern Methodist University. Mr. Nixon worked for Convair/General Dynamics in Ft. Worth, TX for several years. He went to work as an Aerospace Engineer at NASA in Huntsville, AL; and retired after 32 years in 1994. Mr. Nixon was one of the founding members of Highland United Methodist Church, Huntsville AL.

Graveside Services and Interment for Mr. Nixon are scheduled to be conducted from the Gordonsville Cemetery on Sunday, March 22, 2020 at 1PM.

The family will gather at the cemetery just prior to the 1PM graveside.