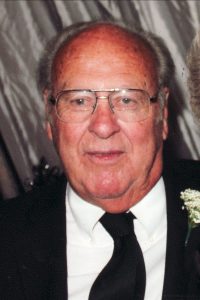 A brother Bobby Joe Halliburton preceded him in death on July 13, 2005 at the age of 62 after suffering a fatal heart attack.

Mr. Halliburton was a 1956 graduate of Smith County High School where at 6’2” he was an outstanding basketball player for the “Owls”. He was a member of the Latin, Spanish, Dramatic, and Camera Clubs.

On February 10, 1962 he was united in marriage to Kempville Community native the former Peggy June Hudson.

Mr. Halliburton represented the Defeated and Pleasant Shade exchanges on the Board of Directors for the North Central Telephone Company and before retiring served as board chairman and was instrumental in getting fiber optics and high speed internet connections and cable T.V. to the Defeated Exchange first. He served on the board from 1984 until 2014, a total of ten three year terms.

In 1996 the Halliburton family including, Royce and Peggy, Billy and wife Karen and their daughter Kristen, Bobby and wife Linda and sister Barbara and her husband Milton traveled to Scotland to visit the ancestral home of the Halliburton clan which included Melrose Abbey.