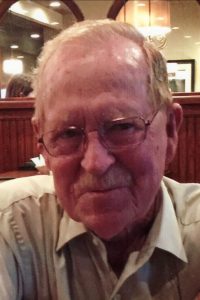 Mr. William H. “Buddy” Kemp age 81 of the Sullivans Bend Community died peacefully surrounded by his family at 6:40 a.m. Wednesday morning March 18, 2020 at his Sullivans Bend Road farm home. He was pronounced deceased at 9:04 a.m. by Asera-Care Hospice who had been assisting his family with his cancer care.

In Rossville, Georgia on September 10, 1956 he was united in marriage to McClures Bend Community native, the former Joyce Etta Bennett.

Mr. Kemp loved tilling the soil, raising cattle and caring for his large farm located on the banks of Cordell Hull Lake where he spent many hours exercising his love for fishing.

He was a member of the Carthage First Baptist Church and attended the Mt. Zion United Methodist Church in the Sullivans Bend Community near his home.

Mr. Kemp was a longtime member of the board of directors of the former Smith Farmers Co-op