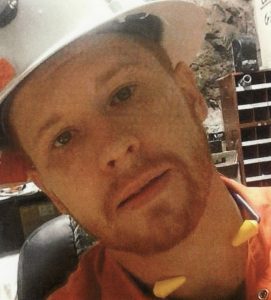 Mr. Bryan “Little Red” Gibbs, of Pleasant Shade, was pronounced dead on arrival at the Riverview Regional Medical Center E. R. in Carthage on Wednesday evening, April 29, 2020, following being found deceased at the home of a friend on Pleasant Shade Highway. He was 36.

Mr. Gibbs was at the Carthage Chapel of Sanderson Funeral Home and was to be cremated at Cumberland Family Services in Algood.

A family memorial service will be conducted at a later with the date, location and time to be announced.

A brother, Michael David “Mickey” Gibbs, died at the age of 62 on January 10, 2015 as the result of a single car accident just west of the Cordell Hull Bridge on Lebanon Highway in South Carthage. He was also preceded in death by a half brother, Houston Hughes, who died in Nashville.

At the Morgan County Courthouse in Jacksonville, Illinois on May 13, 2011, Mr. Gibbs was united in marriage to Jacksonville native the former Meggan Theresa Kennedy, who resides in Bowling Green, Kentucky.

Before becoming disabled, Mr. Gibbs was employed by the Bowling Green Medical Center in Bowling Green, Kentucky in the maintenance department.