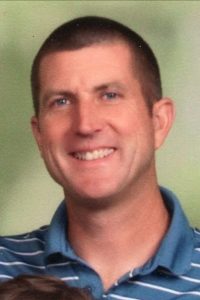 Mr. Davy Gentry, a self-employed skilled carpenter of the Tanglewood community, was pronounced dead on arrival at the age of 43 at 12:05 p.m. on Thursday afternoon, May 7, 2020, at the Riverview Regional Medical Center E. R. after suffering a medical issue while working at a home remodeling project in South Carthage.

Funeral services were conducted for the family on Sunday afternoon, May 10th, at 3 p.m. from the Carthage Chapel of Sanderson Funeral Home. Mr. Gentry’s uncle, Eld. Rickey Brooks, officiated at the services and burial was beside Mr. Gentry’s son in the Garden of Everlasting Life at the Smith County Memorial Gardens.

Born Edward Davis Gentry Jr. in Carthage on October 28, 1976, he was one of two sons of Edward Davis “Eddie” Gentry and Teresa Lankford Gentry of the Tanglewood community.

Mr. Gentry was a 1994 graduate of Smith County High School where he majored in Agriculture, was a member of the Future Business Leaders of America his senior year and his junior year was a  member of the science and math clubs.

On June 25, 1998 at the Peyton Creek Baptist Church in the Monoville community he was united in marriage to Defeated Creek community native the former Diana Michele Kemp.

They were preceded in death by their first child, Edward Davis Gentry III, who died at birth on August 29, 2006.

Mr. Gentry was of the Baptist faith.

Surviving, in addition to his parents and wife of only twenty one years, are their two children, their son, Dawson Gentry, and their daughter, Elizabeth Gentry, both of the home; brother, Wynn Gentry and wife, Amy Burns Gentry, of the Rome community; father and mother-in-law, Charles and Diane Kemp of the Tanglewood community.

The Gentry family requests memorials be made to the Gentry Children’s Education Fund.