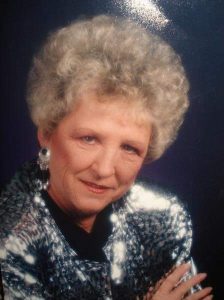 Mrs. Tisdale was born November 22, 1936 in the Funn’s Branch community of Jackson County, a daughter of the late Virgil Woodard and Vela Sircy Woodard. She married Willie D. Tisdale on April 10, 1975 and he preceded her in death on January 30, 2020. She was also preceded in death by son, Anthony Franklin, on December 2, 2014, and siblings, Willie B. Woodard, Kenneth Woodard, Evelyn Hackett, and Ada Kemp. She had worked for the Carthage Shirt Factory for several years. Mrs. Tisdale was a member of the First Freewill Baptist Church in Carthage.