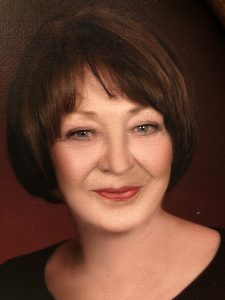 Mrs. Gaye Yeaman, age 76, of Carthage, a homemaker and former insurance professional, died at 3:55 p.m. Wednesday afternoon, June 10, 2020, at the Riverview Regional Medical Center in Carthage where she was admitted June 9th being treated for cancer.

Her minister of over forty three years, Edward L. Anderson, officiated at the 1 p.m. Saturday afternoon, June 13th, funeral services from the Carthage Chapel of Sanderson Funeral Home. Burial followed beside her husband in the Garden of Everlasting Life at the Smith County Memorial Gardens.

Mrs. Yeaman was a 1961 graduate of Clay County High School and received her Bachelor of Science in Education at Middle Tennessee State University in Murfreesboro in 1965.

While a college student, she was introduced by Noel Cherry of Celina, who was a friend of the Melton family in Celina and a close friend of Scotty, to Carthage native David Scott (Scotty) Yeaman. They were united in marriage in Tompkinsville, Kentucky on November 28, 1964. Scotty preceded her in death on December 1, 2019, also at the age of 76.

Following graduation from college the Yeaman’s resided in Shelbyville where Mr. Yeaman was football and girls’ basketball coach. They later returned to Carthage where he was football coach and in 1971 became principal of Smith County High School, replacing Mr. Ervin Smith who had been principal since 1951. Mrs. Yeaman was the sociology teacher at Smith County High School

In 1976, Mr. and Mrs. Yeaman became the agency owners in Smith County for the State Farm Insurance Company and retained ownership of the agency on Main Street North until Mr. Yeaman’s death.

Mrs. Yeaman was an accomplished tennis player, having won many trophies and awards for her skill in the sport.

She also possessed an unsurpassed artistic skill and was a skilled and gifted sculptor.

Mrs. Yeaman was a member of the Carthage Church of Christ where she had also taught bible study for the younger children.

Surviving is her daughter, Misty Yeaman Smith and husband, Brian, of River Point in South Carthage and grandson, Jake White of the home.

The Yeaman family has requested memorials to the Smith County Chapter of the American Cancer Society.