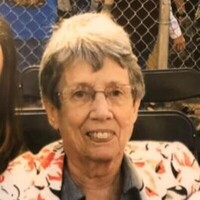 At the Little Creek Road farm home of her parents in Pleasant Shade she was united in marriage on April 6, 1971 to Baton Rouge, Louisiana native and Ethyl Corporation Engineer Ronney B. Daigre.

Mrs. Daigre was a life-long dedicated wife and mother whose greatest joy was her family and the activities involving her husband, children, grandchildren and great-grandchildren.

She was a member of the Trinity Presbyterian Church in Fairhope.

This notice provided as a courtesy to the Daigre family.