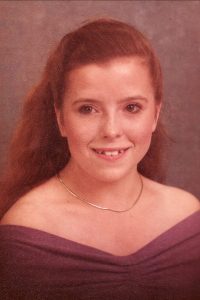 Mrs. Dinah Sullins Litherland, a recent resident of the Difficult community and a longtime Lafayette resident, was pronounced dead at 9:10 p.m. Friday evening, June 12th, after suffering an apparent heart attack at her sister’s home on Difficult Road. Mrs. Litherland was 53.

Funeral services were conducted on Wednesday morning, June 17, 2020, from the Carthage Chapel of Sanderson Funeral Home with Bro. Tim Frank and her pastor, Gary Miller, officiating.  Burial followed the 11:00 a.m. service beside her husband in the Ridgewood Cemetery.

On November 3, 1992, in Hartsville, she was united in marriage to Charles Robert “Charley” Litherland Jr., who would precede her in death on December 7, 2017 at the age of 73, following over 25 years of marriage.

A 1985 graduate of Smith County High School, Mrs. Litherland attended Volunteer State Community College and was a Certified Nurse Technician for over 28 years.  She was employed at the Hartsville Convalescent Center for 19 years and at Smith County Health and Rehabilitation for 9 years, where she worked at the time of her death.

Mrs. Litherland was a member of the Crossroads Fellowship in the Tuckers Cross Roads community.