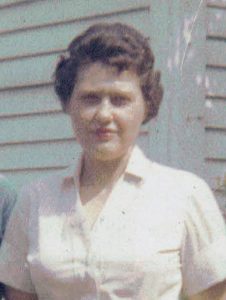 Mrs. Gibbs was born April 21, 1924 in Sullivans Bend, a daughter of the late Roy Mose Preston and Laura Lee Harville Preston. She married J.W. Gibbs and he preceded her in death on September 10, 2000 after 58 years of marriage. She was also preceded in death by brother, Clyde C. Preston and nephew, Stephen Clyde Preston. Mrs. Gibbs is survived by a son, Ronald Preston Gibbs of Gordonsville.

Juanita was a graduate of Smith County High School. She was employed by the Smith County School System as a teacher at the Club Springs Elementary School before being appointed as a civil service clerk for the U.S. Postal Service at the Gordonsville Post Office. She retired after more than 30 years of service.

For 56 years she was an active member of the Gordonsville United Methodist Church where she served in different capacities.

Funeral services for Mrs. Gibbs were conducted from the Gordonsville Chapel of Bass Funeral Homes on Wednesday, June 24, 2020 at 1PM with Bro. George Reed officiating. Interment followed in the Smith County Memorial Gardens.

Expressions of sympathy may take the form of donations to the American Cancer Society.