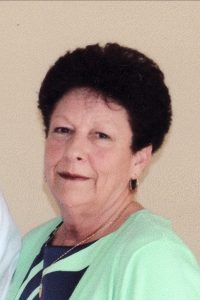 Mrs. Brenda Bratcher, of Carthage, wife of Carthage First Freewill Baptist Church pastor Frank Bratcher, died 5 days following their fifty year wedding anniversary in the ICU at Vanderbilt University Hospital in Nashville at the age of 65 at 3:10 p.m. Wednesday afternoon, July 1, 2020, where she had been undergoing a stem cell transplant. Days following the surgery she suffered a brain aneurysm.

One of three sons and the only daughter, she was born Brenda Gail Crook in Smithville on March 21, 1955 and is survived by her mother, Nettie Lou Certain Crook Judkins of the Blue Springs community and the late Will Allen Crook, who died at the age of 34 on July 21, 1968.

Mr. and Mrs. Bratcher moved from Smithville to the Kempville community in 1983 where he assumed the pastorate of the Kempville Chapel Old Time Methodist Church, before establishing the Carthage First Freewill Baptist Church.

She was a home health nurse for Caris Home Health for over fifteen years.

Mrs. Bratcher was a member of the Carthage First Freewill Baptist Church and was educated in the DeKalb County School system.