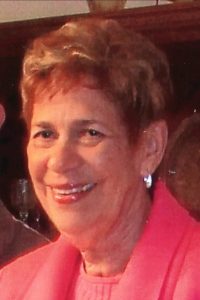 Mrs. Jean Huff, age 77, of Cookeville Highway at Chestnut Mound, died at 5:10 p.m. Sunday afternoon, June 28, 2020, at the St. Thomas Mid-Town Hospital in Nashville where she was admitted June 16th. Mrs. Huff was a chronic asthmatic.

Mrs. Huff was at the Carthage Chapel of Sanderson Funeral Home where funeral services were conducted on Friday afternoon, July 3rd, with her pastor, Eld. Anthony Dixon, officiating. Following the 1 p.m. services, burial was beside her husband and near her parents in the Gordonsville Cemetery.

Born Nella Jean Ward in the St. Mary Hollow at Chestnut Mound on July 30, 1942, she was delivered at home by then Gordonsville physician Dr. Thayer S. Wilson and was the oldest of three daughters born to the late John Wilson Ward, who died December 21, 2006 at the age of 88, and Marvorine Dillard Ward, who died at the age of 83 on November 9, 1999.

Mrs. Huff was a graduate of Smith County High School and was the Salutatorian of the class of 1960. There she majored in Commercial and Home Economics, was a member of the Beta Club, was an editor of “The Owl” yearbook, was pianist for the Future Homemakers of America. The statement made of her in the annual stated, “The only way to have a friend is to be one”.

Following high school she enrolled at the Falls Business College in Nashville where she graduated with a degree in business and bookkeeping.

Mrs. Huff was saved at the age of 14 in 1956 at the New Macedonia Missionary Church on Pea Ridge and was baptized into the full fellowship of the church.

At that church, on October 18, 1963, she was united in marriage to Chestnut Mound community native Bobby Dow Huff, who preceded her in death on January 26, 2019 at the age of 79, following over fifty five years of marriage.

She was an accomplished pianist, loved photography and enjoyed scrapbooking as a past time.

She and Bobby enjoyed traveling and especially their trips to Pigeon Forge with the grandchildren.

After the Gribble family sold the Anderson Funeral Home in Gainesboro in 2002 she began employment at Sanderson Funeral home and Smith County Monument Co. in the office roll and in 2013 transferred to the monument company as bookkeeper, until retiring at the end of 2015.