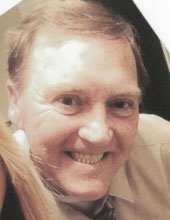 Mr. Jimmy “Woody” Woodard age 72 of the Nixon Hollow in the Defeated Creek Community died at 12:28 p.m. Saturday afternoon August 1, 2020 at the Kindred Health and Rehabilitation Center in Carthage where he had been a resident since first being admitted May 3, 2018, again for therapy on October 23, 2019 and the last time for care on May 4, 2020.

A service of remembrance from the Carthage Chapel of Sanderson Funeral Home was conducted on Tuesday afternoon August 3rd at 1 p.m. His nephew, David Nixon delivered the eulogy and burial followed in the Nixon Family Cemetery on Nixon Hollow Lane South in the Defeated Creek Community.

Mr. Woodard was preceded in death by a sister, Ardelia “Dee” Woodard Bennett on February 1, 2019 at the age of 78.

On January 15, 1966 he was united in marriage to Defeated Creek Community native the former Sally Marie Nixon.

In the fall of 1965 he was quarterback of the Owls when they defeated Watertown in the Lions Bowl, 20 to 6.

With the creation of the Opryland complex, Mr. Woodard was a security guard and before retirement he became chief of security.

For six years he was security training officer for the Chattanooga Museum and before suffering a stroke in 2013 he was manager of the Pilot Store in Lebanon.

Mr. Woodard proudly served our country with the United States Air Force during the Vietnam War.

Mr. Woodard was saved and was baptized into the full fellowship of the South Carthage Missionary Baptist Church.

Surviving in addition to his wife of over fifty four years is their daughter, Tracey Timbs; two grandchildren, Harley Timbs Bray and husband Payton, Waylon Timbs, all of the Defeated Creek Community; sister, Wilma Woodard Thackxton and husband Ronnie of Carthage; brother, Michael Woodard and wife Kim Woodard of the Hickman Community.