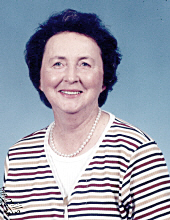 Longtime Rock City Community homemaker, Mrs. Roberta Bellar Litchford, died peacefully on Thursday morning July 30, 2020 at 10:25 a.m. at the Smith County Health and Rehabilitation Center in Ccarthage at the age of 90 where she had been receiving rehab since July 20th.

Bro. Jimmy Gregory and her pastor, Eld. Junior Dickerson, officiated at the graveside services which were conducted at 11 a.m. Saturday morning August 1st at the Wilson County Memorial Park and burial followed beside her husband.

Three siblings preceded her in death, a sister, Annie Mildred Bellar Gibbs who died November 1, 2011, one month before her 95th birthday and two brothers, Guy Bellar who died January 5, 1990 and Hugh Bellar who died August 12, 1990.

After moving to the Watervale Community she met and married the love of her life, Sanders Monroe “Curly” Litchford, whom she married on July 21, 1950. He preceded her in death on August 29, 1995 at the age of 77.

Mrs. Litchford was saved at the age of 22 in 1952 and was baptized by Eld. Walter Deweese into the full fellowship of the Plunketts Creek Missionary Baptist Church where she remained a faithful and devoted member as long as her health permitted.

She was a 1949 graduate of Gordonsville High School.

Mrs. Litchford was a longtime employee of the former W.E. Stephens Manufacturing Co. In Carthage and after the closing was employed at the Lux Time Division of the Robertshaw Corporation in Lebanon from which she retired.