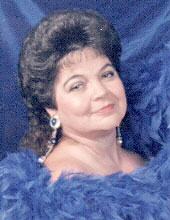 Mrs. Betty Franklin, of South Carthage, died at the age of 78 at 4:28 a.m. Wednesday morning August 5, 2020 at the Quality Center for Rehab and Healing Center in Lebanon where she was admitted July 30th suffering from pneumonia.

Mrs. Franklin was a 1960 graduate of the Jackson County Central High School.

She formally worked at the Carthage Shirt Corporation and was employed in the deli at both the former Carthage Foodland and Carthage Bestway.

She attended the New Life Church on Cookeville Highway in South Carthage.

She was preceded in death by the father of her children, former South Carthage Mayor and businessman, L. B. Franklin who died at the age of 73 on November 26, 2013.