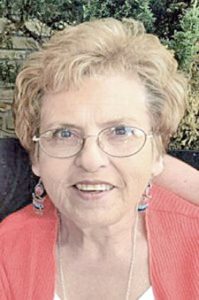 Funeral services from the Ligon & Bobo Funeral Home in Lebanon were conducted Tuesday afternoon September 1st at 1 p.m. with her nephew Bro. Floyd Massey officiating. Burial was in the Garden of Everlasting Life at the Smith County Memorial Gardens in Carthage.

She was the wife of her high school sweetheart, George Rayburn Massey, an Elmwood Community native to whom she was married in 1965 and George was the son of longtime Elmwood Community merchants, the late Taft and Ruth Woodard Massey.

Reared in the Chestnut Mound Community, Mrs. Massey was a 1964 graduate of Smith County High School where she majored in science and business education.

It was said of her in her 1964 yearbook that she was: “gentle, joyous, ideal and she raises your spirits from low to high”.

Following high school she graduated from the Southern Academy of Clinical Technology.

Mrs. Massey was retired from the University Medical Center in Lebanon with fifty years of service as a Medical Technologist.

Mrs. Massey was a member of the Chestnut Mound United Methodist Church.