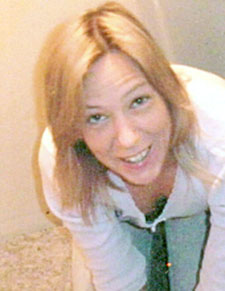 Mrs. Bambi Crowder Ritter was pronounced dead on arrival at 5:08 a.m. Monday morning, August 3, 2020, at the Riverview Regional Medical Center E. R. in Carthage at the age of 49, following a long battle with cancer. She was diagnosed with cancer of the lungs in November of 2016 and had been to the M. D. Anderson Cancer Center in Houston, Texas for treatment.

Mrs. Ritter was at the Carthage Chapel of Sanderson Funeral Home and was cremated at Cumberland Family Services in Algood.

A private memorial service for the family will be conducted when the cremation is completed.

She was born Bambi Leianne Crowder in Nashville on November 27, 1970 and was one of two daughters of Herman Thomas (Tommy) Crowder of South Carthage and Shirlee Ann Bass Crowder of Smyrna.

At the Smith County Clerks office in Carthage on May 21, 2011 she was united in marriage to Jeffrey Elliot (Jeff) Ritter.

She was a hairdresser and was the former owner and operator of Mystical Tresses in South Carthage.