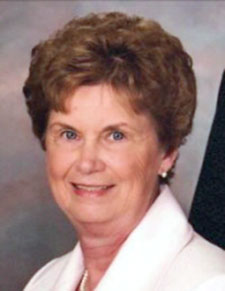 Mrs. Melba Rich, age 79, a homemaker of the Pleasant Shade Community, died Saturday evening April 18, 2020 at 8:47 p.m. at the family’s Pleasant Shade Highway home surrounded by her family. She was pronounced deceased at 9:42 p.m. by HighPoint Hospice of Gallatin, who had been assisting the family with her care since January 17th of this year.

In addition to her parents she was preceded in death by a sister, Virginia Ruth Brooks Smith and her husband Glenn, by two brothers, Mathie B. Brooks Jr. who died in 2009 at the age of 65 and Ronald Lee Brooks who died October 10, 2019 at the age of 80 and his wife Shirley, sisters-in-law, Wilma Green Brooks and Dollie Ann Rich Adams and brother-in-law, James E. Thompson.

Mrs. Rich was united in marriage on December 26, 1956 at the home of then Justice of the Peace Willie Taylor to Pleasant Shade Community native Joseph (Joe) Taylor Rich.