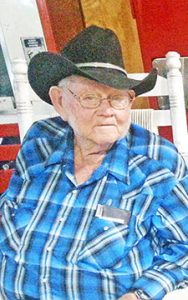 Mr. Wayne Odell Roberts, age 82 of Watertown, TN, and a native of the Maggart Community in Smith County, TN, passed away on Thursday, September 3, 2020.

Mr. Roberts was born March 10, in 1938 in Maggart, TN, a son of the late James Alfred Roberts and Berchie Cordelia Bush Roberts. He was also preceded in death by Sister; Vallie Harriet Orr. Mr. Roberts worked at TRW until his retirement. He attended the Maggart United Methodist Church. He was a lifelong farmer.

Funeral Services for Mr. Roberts are scheduled to be conducted from the Carthage Chapel of Bass Funeral Homes on Sunday, September 6, 2020 at 1PM with Ricky Barlow and Harold Massey officiating. Interment will follow in the Dickens Cemetery in Maggart, TN.

Visitation with the Roberts family will be at the Carthage Chapel of Bass Funeral Homes on Saturday from 12PM until 7PM and Sunday after 11AM until service time at 1PM.

Family requests memorials be made to Dickens Cemetery.

Family requests you practice safe and social distancing guidelines and masks be worn if visiting the funeral home.