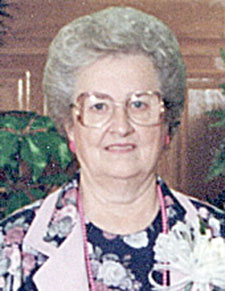 Ms. Josephine Thomas, of the Pleasant Shade Community, died in her sleep at 5 a.m. Sunday morning September 6, 2020 on her 90th birthday at her Pleasant Shade Highway home following several years of declining health. She had been lovingly cared for at home by her family during her extended illness. She was pronounced deceased at 7:06 p.m. Sunday morning by HighPoint Hospice who had been assisting the family with her care.

She was also preceded in death by a great-granddaughter, Kayleigh Hope Matthews who died at the age of 7 months on September 10, 2017.

Mrs. Thomas was a retired grocery clerk and her career spanned almost thirty years and began working with her sisters at Dillards Grocery in the Watervale Community.

Mrs. Thomas was saved at the age of 13 and attended the Pleasant Shade Upper Cumberland Presbyterian Church.