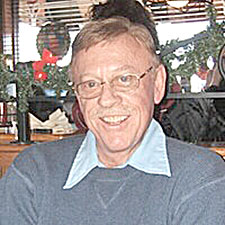 A country boy born and raised on a farm in the Kempville Community left home, traveled to Detroit and learned the real-estate business and returned to Nashville and applied what he had learned and began what would be one of the most successful real-estate, land acquisition and home building companies in Rutherford County, Jerry Butler Builders.

Mr. Jerry Butler, age 77, of LaVergne, died peacefully and went to be with his Lord and Savior at 3:04 p.m. Thursday afternoon September 10, 2020 surrounded by his family at the Tri-Star Centennial Medical Center in Nashville where he was being treated for a brain and spinal illness.

Memorial services were conducted at 6 p.m. Monday evening September 14th from the Woodfin Chapel in Smyrna. He will be memorialized near his parents in section five at the Defeated Creek Memorial Gardens in the Defeated Creek Community.

After graduation from high school he was drafted into the armed forces and after receiving a medical discharge he was encouraged by his uncle Henry Ed Butler, who was with the Chrysler Corporation, to come to Detroit. There because of friendships formed with people in the real-estate business while employed at Chrysler he learned the art of the craft of land development.

He returned home to Nashville where his career began and it is said, that was the beginning of the rest of the story of his success.

Mr. Butler considered a man’s work not a punishment but a reward, his strength and his pleasure.

The patriarch of the Rutherford County Butler family, he led his family with love, wisdom and kindness.

During his younger years he built figuratively, metaphorically, and by example the foundation for the Butler family to be a success and quickly paved the way for the accomplishments of future homebuilding generations in Rutherford County.

He took great pride in his work, but his true motivation was driven by his family and those near and dear to his heart.

He encouraged others to laugh often and his jovial demeanor was contagious. His presence in a room was an inspiration to all who knew and was associated with him and his works.

He was an active member of the Miracle Baptist Church in LaVergne.

Mr. Butler was a caring, generous, thoughtful, selfless and passionate individual who wanted to see others succeed as had he.

With a true kindred spirit, he had the uncanny ability to find the best in others and to overlook any short comings that they might possess.

He was a man of great wisdom, a leader and role model for others around him.

Left behind are so many to carry on his hard work ethic and dedication. He instilled strong values in his family and all those he encountered through his many business endeavors.

His infectious smile, his humor and his ability to teach life lessons through small everyday moments is what he will be best remembered by.

This obit provided as a courtesy to the Butler Family.