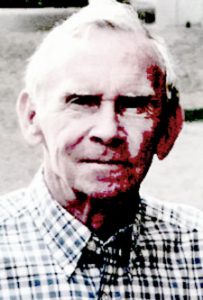 A southern gentleman with a volunteer spirit has died at the age of 80.

Mr. Milton Acuff, of the Buffalo community, died at 1:21 a.m. Saturday morning, September 5, 2020, at the Centennial Medical Center in Nashville after suffering an apparent fatal heart attack at his Buffalo Road home.

Smith County 911 received a call for assistance from Mr. Acuff at 11:05 p.m. Friday evening, September 4th, and he was transported to Riverview Regional Medical Center E.R.  and then airlifted to Centennial.

His only sister, Mary Elizabeth Acuff Ferrell, preceded him in death at the age of 82 on September 8, 2018.

Mr. Acuff was a 1958 graduate of Humbolt High School in Humbolt, Tennessee.

On May 12, 1967 in Hermitage, Tennessee he was united in marriage to Buffalo community native, the former Barbara Halliburton.

In 2004, when the I-840 construction acquired part of their Lebanon farm, they constructed a new home on a hilltop on Mrs. Acuff’s Halliburton family farm.

He proudly served our country with the United States Navy and served his entire tour of duty in Guam before being honorably discharged in January of 1961 at Treasure Island Naval Base in San Francisco, California with the rank of Ensign 3rd Class.

Not being able to sit around following retirement, he worked as a volunteer at the Summit Medical Center in Hermitage and as a concierge, answering travelers general questions, giving directions and as a wheel chair attendant at the Nashville International Airport.

For the past fourteen years he had served as a volunteer at the Riverview Regional Medical Center in Carthage.

Surviving, in addition to his wife of over fifty three years, is their daughter, Lisa Acuff Mintel and husband, Brian, and their son, Evan, of Lebanon, one brother, David Gene Acuff of New Johnsonville.