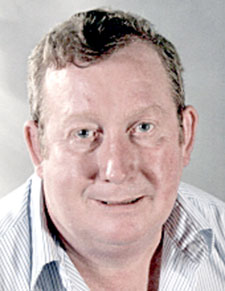 Mr. Stanley Brown, age 64, of the Rawls Creek Community, died Sunday morning September 13, 2020 at 11:32 a.m. in the coronary care unit at the Tri-Star Centennial Medical Center in Nashville where he was admitted Thursday September 10th at 6:47 p.m. with heart valve complications.

Mr. Brown was at the Carthage Chapel of Sanderson Funeral Home where his funeral services were conducted by Eld. Junior Dickerson on Wednesday afternoon September 16th at 1 p.m. Burial followed in the Garden of Gethsemane at the Smith County Memorial Gardens.

Mr. Brown is the son and one of six children of Mrs. Elizabeth Virginia Silcox Brown of the Tanglewood Community and the late John Robert Brown who died October 27, 2013 at the age of 86 and was born Stanley Wyatt Brown in Carthage on November 25, 1955.

A sister, Marsha Brown Locklear who lived in Lumberton, North Carolina, died May 25, 2020 at the age of 68.

He was united in marriage to Rawls Creek Community native, the former Wanda Elaine Rigsby, at the Smith County Courthouse on November 24, 1973.

Mr. Brown formerly was employed at Texas Boot Co. and in 2018 retired from the TTN Taiho in Gordonsville.