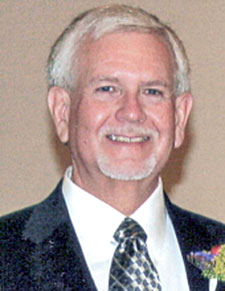 Mr. William “Bill” Norris, of Smithville, died at the age of 71 at 3:40 a.m. Wednesday morning September 23, 2020 at the Alive Hospice Residence in Murfreesboro following a battle with cancer.

Bro. Jackie Dawson officiated at the 3 p.m. memorial services from the Carthage Chapel of Sanderson Funeral Home which were conducted Sunday afternoon September 27th at 3 p.m. A private service will be held in the Norris Family lot in the Garden of Gethsemane at Smith County Memorial Gardens.

Mr. Norris graduated from Smith County High School on May 24, 1968 where he majored in Social Studies, was a member of the V.I.C.A. club, the Latin Club, the Junior Play cast and the Pep Club his junior and senior years.

Following high school and college he worked for two years with the Tennessee Department of Transportation as an engineer’s aid.

After resigning from T.D.O.T he was employed by the Town of Carthage as a patrolman, graduated from the Tennessee Law Enforcement Academy in 1971 and went to work for the Smith County Sheriff’s Department as a deputy.

In 1971 he moved to the Los Angeles, California police department and the Western Bureau of Investigation.

In anticipation of having to fulfill his military obligation, then Sgt. Norris interrupted his law enforcement career and enlisted into the United States Army at Los Angeles on March 9, 1972.

He was enrolled into the basic training at Fort Ord, California and following basic training was enrolled in Jump School at Fort Benning, Georgia and was subsequently assigned to the 82nd Airborne Division. He completed his advanced Individual Training with the 82nd and expanded his military expertise by completing the Armorers’ Course, Junior Leadership Course, Map TOE, and was awarded the Expert Infantryman’s Badge.

In conjunction with his military training he attended the basic Non-Commissioned Officers Education School at Fort Benning; the Jungle Warfare School in the Panama Canal Zone and the Recondo Course at Fort Bragg, North Carolina.

His bearing afforded him a position on the Golden Staff for the 1973 Presidential Inauguration.

He was honorably discharged at Fort Bragg on March 12, 1974 and immediately re-enlisted and in March of 1975 received the “Trooper of the Month” at Fort Bragg and a subsequent unit position as fire team leader, squad leader and when required, active Platoon Sargent.

Recognizing the military attributes of Sgt. Norris, Captain Reddy appointed him as the company’s re-enlistment Non Commissioned Officer in September of 1974.

As a result, of Sgt. Norris’s appointment, the company re-enlisted 21 soldiers for a re-enlistment rate advance to an all-time high of 212% from an overall original objective of 2%.

This established Bravo Company 2/502 as statistically superior to all other company sized units during the 2nd quarter of Fiscal Year 1975.

For his meritorious service Mr. Norris was awarded the National Defense Service Medal, the Parachutist Badge, the Expert Infantry Badge, and the Expert M-16 Badge.

Mr. Norris was a member of the American Legion.

He also was employed by the Tennessee Valley Authority, Aluminum Company of America in Alcoa, TN.

For thirteen years before retirement Mr. Norris was employed in sales for D.T. McCall and Sons in Carthage.

He was a devoted fan of the University of Tennessee Volunteer football program, was a collector of guns, coins, antique cars and was a master wood craftsman.

He also enjoyed hiking and kayaking.