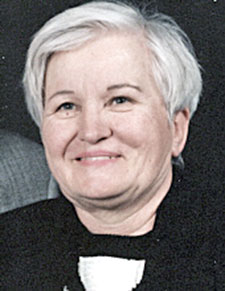 Mrs. Carleen Duke, of Pikeville, TN, died at 6:50 a.m. Thursday morning September 24, 2020 at the age of 89 at the Cumberland Medical Center in Crossville suffering from dementia. She had been residing at the Life Care Center of Crossville.

Mrs. Duke was a member of the class of 1949 of the Baxter Seminary and received her General Education Degree.

On June 5, 1947 in Jamestown, Kentucky she was united in marriage to Granville Community native Charles Edward Duke.

In 1992 Mrs. Duke retired as a clerical employee of Cigna Insurance in Nashville where she was employed for over thirty four years.

Mrs. Duke was saved at the age of 20 in 1951 and was baptized into the full fellowship of the Gladdice Missionary Baptist Church.

She later transferred her membership by letter to the New Bethel Missionary Baptist Church in Goodletsville which was organized in 1774, two years before the founding of the State of Tennessee on June 1, 1776.