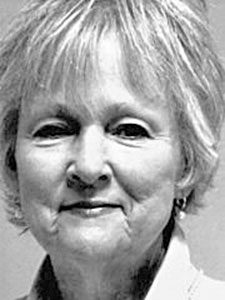 Ms. Billye Barnard, age 74 of Fairview, died peacefully at the home of her daughter   at 4:10 a.m. Sunday morning, September 27, 2020, from a breathing disorder and was under the care of Caris Hospice.

Graveside services and interment were conducted by Jack McCall in the Barnard family lot in the West Section of the Dixon Springs Cemetery on Friday, October 2nd at 1 p.m.

Ms. Barnard was a 1964 graduate of Cohen High School in Nashville.

She was an accomplished clarinetist in the marching band and was an outstanding softball player in her youth. Also in her youth she was very athletic and very intelligent.

She was a person with whom it was easy to develop a fast friendship and possessed a caring nature for her family, friends, and co-workers.

Her family were members of the Park Avenue Baptist Church on Charlotte Avenue in West Nashville, where she also attended.

She was an energetic spirit with personality plus. Ms. Barnard was a person who will be dearly missed but never forgotten by those to whom she came in contact with.

Ms. Barnard was a long time secretary for the International Ironworkers Union and retired from the Metro Nashville-Davidson County Government in 2010.

This notice provided as a courtesy to the Barnard and Bowman families.