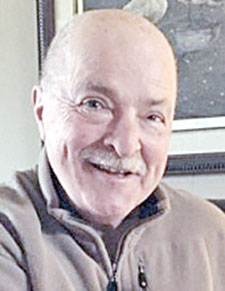 Smith County’s first School Resource Officer, Mr. Richard “Bugs” Moran, died peacefully at his Morris Drive home on Saturday morning October 10, 2020 with his family present. He was pronounced deceased at 8:26 a.m.by Caris Hospice who had assisted the family with his final days of care.

Mr. Moran was at the Carthage Chapel of Sanderson Funeral Home and was scheduled to be cremated at the Cumberland Family Services in Algood.

Born Richard Francis Moran in Streator, Illinois on February 23, 1945 he was one of three children of Dick and Vaneta Moran. He was preceded in death by his father, Dick, and by his 4 year-old daughter, Amy.

Mr. Moran was a 1963 graduate of St. Edward’s High School in Elgin, IL. Shortly after graduation he enlisted in the United States Air Force where he served for 3 years, 8 months, and 26 days, attaining the rank of Sergeant.

After completing his military service Mr. Moran returned to college and received a Bachelor of Arts degree in Criminal Justice from Aurora University in Aurora, Illinois. He served as a police officer in Kane and McHenry counties in Illinois for several years.

On August 23, 1980, Mr. Moran was united in marriage to Nancy Frank in Dundee, Illinois. Shortly after their marriage they relocated to Smith County where Mr. Moran was a Carthage police officer before gaining employment as a TVA Public Safety Officer at the Hartsville Plant. Following his retirement from TVA, he served in his favorite job; as School Resource Officer for Smith County Schools. Rich truly enjoyed his 10 years with the staff and students of Smith County.

A private Celebration of Life ceremony will be held for family members at Mr. Moran’s beloved “Pinch Gut” farm in Jackson County. The family requests no flowers. Memorials may be made to the “Shop With A Cop” program at the Smith County Sheriff’s Department or the Vanderbilt Children’s Hospital.