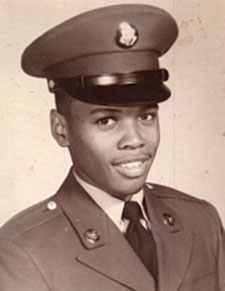 Mr. Hammock’s pastor, Pastor Preston Carter, officiated at the 12 noon Saturday October 17th funeral services from the Greater Beech Hill Baptist Church in Hartsville assisted by Pastor Tony Clemmons from the Williams Chapel Church also in the Riddleton Community. Mr. Hammock was buried beside his mother at the Rockvale Cemetery in Cages Bend in the Riddleton Community.

Mr. Hammock was a 1963 graduate of the former Turner High School in Carthage where he was business manager of his graduating senior class.

He was a member of the Lily Hill Baptist Church in the Riddleton Community.

Following graduation Mr. Hammock proudly served our country with the United States Army, entering in 1963 and being honorably discharged in 1965 during the Vietnam War.

He was employed for over twenty years with the Ross Gear Division of T. R. W. in Lebanon before retirement.

Mr. Hammock was well known in the Riddleton Community and by many who would see him walking up and down Dixon Springs Highway getting his exercise and trying to maintain a healthy lifestyle.

Although considered by many to be a “Loner”, he was close to his family members and always greeted everyone with a warm, friendly smile.

He also spent a considerable amount of time sitting under his tree in the back yard.

Mr. Hammock had a big heart, a melting pot of wisdom, and would often share those nuggets at every opportunity afforded him. He will be sorely missed.