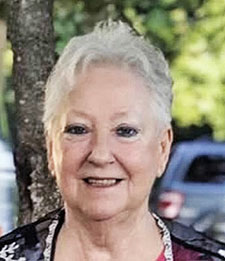 Linda Gail Caldwell Wyatt has left this earth to spend Eternity with our Lord Jesus Christ after a long battle with Leukemia on Friday, October 16, 2020.

Linda (“Gail” to family and close friends) was the baby of 10 children to Mary Belle Caldwell (deceased) and Paul Caldwell (deceased) of Daus, Sequatchie County, Tennessee. Linda lived in Daus, Dunlap, Michigan, Nashville, Elmwood, and was a resident of Grundy County, Tennessee at her death. Linda had many professions including hair stylist for over 30 years, collections agent, real estate agent, travel agent, and small business owner in Gordonsville, Tennessee. Linda and her son Billy, owned and operated the Sub Factory in Gordonsville for 4 years where she met and served many Smith County residents in 2005 through 2009. Linda’s greatest loves were our Lord Jesus Christ, her husband Gary W. Wyatt, Sr., of 25 years, her sons Billy Wayne Lowe and Frank John Allen Lowe (deceased), her 7 grandchildren and 4 great grandchildren (and one due in April 2021). Linda loved music, traveling, gardening, sewing, reading, and cooking. She was always smiling and never met a stranger. Linda went on many adventures with her best friend of over 40 years, Betty Wright (deceased). Linda had no fear, lived life to the fullest and had a generous giving heart. Her laugh and smile were contagious, and her apple pie was the best in town!

Linda will be cremated with a memorial service to be held at Chestnut Mound Methodist Church in Chestnut Mound (Smith County) on Saturday, November 7, 2020 at 11:00 a.m. Brother Dicky Johnson will officiate.