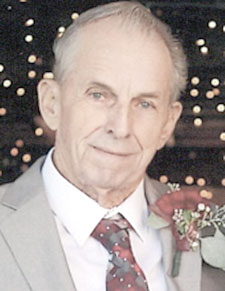 Mr. Bradley Huddleston died at 5:36 a.m. Wednesday morning, October 21, 2020 at his Pea Ridge Road home under the care of HighPoint Hospice. He was 81.

Born Bradley Ben Huddleston in Cookeville on March 4, 1939, he was one of four children, and the only son of Burr Burton Huddleston and Myrtle Velma Howard Huddleston. Two sisters, Violet and Evelina Huddleston preceded him in death.

On February 27, 1965 in New Middleton, he was united in marriage to Linda Eulene Shoemake by Eld. Phocian Gibbs. His wife preceded him in death on November 13, 2010 after 45 years of marriage.

Mr. Huddleston attended Cookeville High School. He worked in construction with the Rogers Group and following his employment there, worked in maintenance at the Trousdale County Health Care until fully retiring in 2004. He could often be found at the Smith County Farmers Market selling the tomatoes he had grown in his garden.

Mr. Huddleston was saved at an early age and was a member of the New Macedonia Missionary Baptist Church.