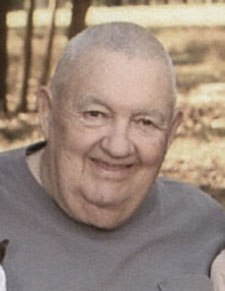 Private graveside services for the Sloan family were conducted Saturday afternoon October 31st at the Purnell Cemetery on the Sloan family farm in Hiwassee. Family members spoke of their love of Danny and the uniqueness of his life in their heartfelt eulogies.

Mr. Sloan was united in marriage to Hiwassee native and his high school sweetheart, the former Alice Caplenor, at the farm home of her parents, Howard Caplenor and Lucy Gill Caplenor.

Mr. Sloan was a lifelong farmer and enjoyed spending time on the farm surrounded by those he loved.

Mr. Sloan was saved at the age of 12 during a revival at the former Sanderson Presbyterian Church on Sloan Branch Road in Pleasant Shade.

Mr. Sloan was a member of the Mt. Tabor Missionary Baptist Church in the Pleasant Shade Community.

Surviving in addition to his wife of over fifty eight years are their two children, Elizabeth Sloan Pettross and husband Lee, Daniel Sloan Jr. and wife Ashlie Parham Sloan all of Hiwassee Road;