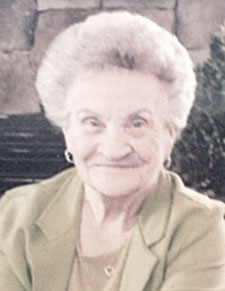 Mrs. Dean Baker Bush, age 86, of Old Hickory died at 11:05 a.m. Wednesday morning November 4, 2020 at the Charter Senior Living Center on Andrew Jackson Parkway in Hermitage where she had made her home since December of 2019.

Her pastor, Bro. Ed Inman, officiated at the 3 p.m. Sunday afternoon November 8th funeral services from the Carthage Chapel of Sanderson Funeral Home. Burial followed beside her husband in the Garden of the Cross at the Smith County Memorial Gardens.

Born Edna Eudean Baker on February 4, 1934 in the Key Hollow in the Monoville Community, she was youngest of eleven children born to the late James Phillip Baker who died August 6, 1952 at the age of 65 and Maude Lee Belcher Baker who died January 17, 1984 at the age of 82.

On November 4, 1950 she was united in marriage in Gallatin to Elmwood Community native James Gross Bush who preceded her in death on February 8, 1996 at the age of 65 following over forty five years of marriage.

Mrs. Bush died on what would have been her and Gross’s seventieth anniversary.

Mrs. Bush began her career as a corporate secretary in 1958 having worked first for Sunbeam Bread, then Kusan Plastics and retired from Pro-Lith Services in 2003 with a career that spanned over forty five years.

She was saved at an early age and was a member of the Rosedale Baptist Church in Nashville.