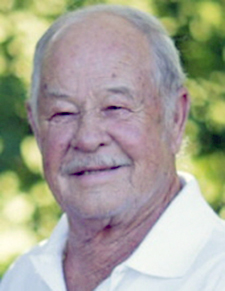 Lebanon resident, Mr. Bobby Harper, died peacefully surrounded by his family at his Hickory Ridge Road home at 2:25 p.m. Thursday afternoon December 10, 2020 suffering from lung cancer. Mr. Harper was 83 and Alive Hospice was assisting the family with his care.

Bro. Dickie Johnson, Mr. Harper’s classmate, officiated at the 1 p.m. Monday afternoon December 14th funeral services from the Carthage Chapel of Sanderson Funeral Home. Burial followed near his grandson in the Garden of Peace at the Smith County Memorial Gardens.

Born Bobby Dorman Harper in Gordonsville on September 5, 1937, he was the son of the late Smith County Democratic activist Erle Dorman Harper who died January 26, 1981 at the age of 91 and

At the North Carthage Baptist Church he was united in marriage by the late Eld. R.D. Brooks to Carthage native, the former Dixie Lee Hackett.

They were preceded in death by a grandson, Derek Anthony Harper who died at the age of 28 on October 17, 2012 while awaiting a heart transplant.

Mr. Harper was a 1955 graduate of Gordonsville High School.

After graduation he was employed by the Tennessee Department of Transportation and retired from the William L. Bonnell Co. in Gordonsville in 2002 with the position of shipping manager following thirty five years of loyal service.

After retirement from Bonnell he worked as a courtesy driver for Manheim Auto Auction at Mt. Juliet, which was close to his home.

Mr. Harper was a brother to longtime Smith County Sheriff Sidney Stanton Harper who died May 7, 2004 at the age of 92.

Mr. Harper was a member of the Gordonsville First Baptist Church.

Before relocating to Lebanon the Harper family resided on Main Street in Carthage on the site of the former Cumberland Bank.

The Harper family requested memorials to the Make-A-Wish Foundation.