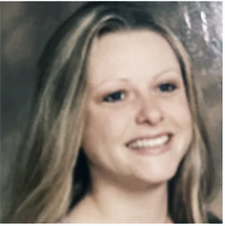 Ms. Sherry Brown, age 46 of Nashville, TN, passed away on December 9, 2020.
Sherry was born June 9, 1974. She was a free spirit who embraced life to the fullest. Sherry was known for her one of a kind personality. She greeted folks with a big smile, and a witty joke was usually not far behind.Sherry was the youngest of five siblings. She attended Gordonsville High school and later received an associate’s degree in the medical field.Sherry was preceded in death by her father, Marshall McFarland Brown and Cousin, Jeremy Eastes.Sherry is survived by her sons Zeke Gibbs of Carthage and Lucas Freeman of Lebanon, Mother Peggy Brown of Gordonsville, Siblings Harold (Barbara) Burton of Smithville, Tim (Garlene) Burton of Grant, Scott Wilson of Carthage, Donna (Carl) Harmon of Lebanon, and Missy Brown Deasy of Lebanon.She is also survived by several nieces and nephews: Steve Mabe, Chris Burton, Lindsey Burton Gull, Holly Burton, Kelsy Thiem, Jesse Preston, Timothy Wilson, and Ally Wilson.A public celebration of life will be held December 19th, 2020 from 3:00pm-5:00pm at the home of her sister. A private celebration for family and close friends will be held directly after. Those who were close to Sherry know that a traditional funeral was not her style.In lieu of flowers and gifts, the family asks that donations be made toward funeral expenses or toward a memorial fund for her children. Any donations can be made at Bass Funeral Home, mailed to the address below, or sent via Venmo to the user below. If there is a preference, please specify which fund you wish to donate to.