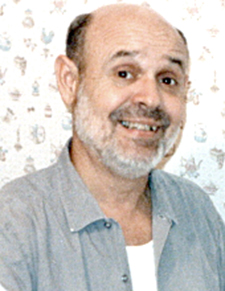 South Carthage resident Mr. Stephen Cummings, age 82, was pronounced dead on arrival at 3:40 p.m. Wednesday afternoon December 16, 2020 at the Riverview Regional Medical Center E. R. in Carthage. An autopsy was performed at the Metro Medical Examiner Office in Nashville with results of the manner of the natural death pending.

Born Stephen Macie Cummings in Chicago in Cook County, Illinois on December 29, 1937, he was the only child of the late Stephen and Estelle Cummings.

He was preceded in death by a son, Tony Cummings.

On December 31, 1990 at the Smith County Courthouse, he was united in marriage to Lebanon resident and Aberdeen, Mississippi native, the former Shirley Faye Garner.

Mr. Cummings was a graduate of the Austin High School in Chicago and attended two years of college at the Wright Junior College also in Chicago.

He was a retired truck driver and later was employed at Robertshaw Industries in Carthage.

Mr. Cummings was a member of the New Middleton Baptist Church.

Surviving in addition to his wife of almost thirty years is their son, Ronald Cummings and wife Bertha of Paris, Tennessee; three grandchildren, Melanie Cummings of Carthage, Clifton and Jordana Cummings both of Paris; three step-children, Linda Ford of Shelbyville, Deborah Parker of Murfreesboro and James Wayne Pedigo and wife Deborah of Murfreesboro; two great-grandchildren.