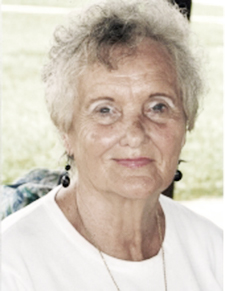 Mrs. Annell Sircy, age 85, a homemaker of South Carthage, died peacefully at 1:25 p.m. Thursday afternoon January 14, 2021 at The Pavilion in Lebanon where she had made her home since July 3rd of 2018.

Saturday afternoon January 16th funeral services were conducted by her pastor, Eld. James “Pee Wee” Massey, from the Carthage Chapel of Sanderson Funeral Home. Burial followed the 1 p.m. services beside her husband in the Garden of Gethsemane at the Smith County Memorial Gardens.

Her husband of over forty five years, Bluff Creek Community native Billy Wayne Sircy, preceded her in death on December 17, 2008 at the age of 77. They were united in marriage in Sumner County on March 3, 1963 by the late Eld. Phocian Gibbs.

She was a retired Licensed Practical Nurse from the former Smith County Memorial Hospital in Carthage and retired not long following the death of her mother to help take care of her father.

Mrs. Sircy was a member of the South Carthage Missionary Baptist Church.