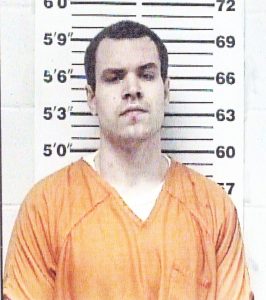 Second degree murder charges have been filed against a man who allegedly provided illegal drugs to an individual who was discovered at a Pleasant Shade Highway residence.
Bailey Alexander Underwood, 24, Lebanon, has been indicted on two counts of second degree murder. Underwood is charged in connection with the death of a 36-year-old Pleasant Shade man who died on April 29, 2020, after being found at a friend’s home located on Pleasant Shade Highway and rushed to Riverview Regional Medical Center.
The indictment alleges the victim died from an overdose.