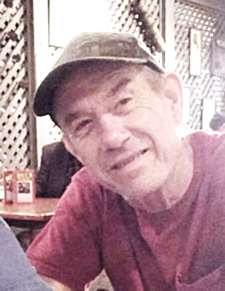 Mr. Johnny “Rusty” Thompson, of the Flatrock Community, died at the Vanderbilt University Medical Center in Nashville on Thursday January 21, 2021 at 3:24 a.m. where he was admitted January 6th. Mr. Thompson was 73.

Bro. Jamie Duke officiated at the 1 p.m. Monday afternoon January 25th funeral services from the Carthage Chapel of Sanderson Funeral Home. Burial followed beside his wife of over twenty seven years in section two at the Ridgewood Cemetery in Carthage.

The only son of three children of the late Tom Ryman Thompson who died March 25, 1977 at the age of 57 and Irene Franklin Thompson Alcorn who died January 27, 1990 at the age of 68, he was born Johnny Charles Thompson in the Reece Hollow in the Buffalo Community.

Mr. Thompson was united in marriage in Sevierville, TN on April 14, 1990 to Scott County native, the former Nadine Newport who preceded him in death on June 20, 2017 at the age of 62.

Mr. and Mrs. Thompson were preceded in death by her son, Steven Jerl Riddle who died September 4, 2015 at the age of 42.

Mr. Thompson proudly served our country with the United States Air Force during the Vietnam War.

Mr. Thompson first worked in maintenance at the former Jersey Minere Zinc Co. at Gordonsville and retired from the Ross Gear Division of the T. R. W. Corporation in Lebanon and then returned to the zinc mine, again in maintenance, before his final retirement.