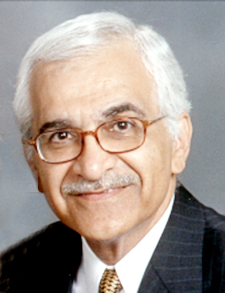 Mr. Nazih Ishak, age 70, of Hendersonville, a retired restauranteur, died surrounded by his loving and devoted family at 11:56 a.m. Friday morning January 22, 2021 at the St. Thomas Mid-Town Hospital in Nashville where he was admitted Sunday evening January 17th.

Mr. Ishak was at the Carthage Chapel of Sanderson Funeral Home and was to be cremated at the Cumberland Family Services in Algood. The family will schedule a memorial service following the cremation.

Born Nazih Mikhall Ishak in Tripoli in the country of Lebanon on December 23, 1950, he was one of six children of the late Mikall Ishak and Leila Cure Ishak and was a United States citizen.

He was preceded in death by two brothers, Faisal Ishak who resided in Tripoli before his death and Joseph Ishak, a United States citizen residing in Houston, Texas before his death.

In Port Orange, Florida on November 2, 1983, he was united in marriage to Kempville Community native, the former Glenda West.

Mr. Ishak was a high school graduate and attended college for two years, all in the city of Tripoli.

He was a Greek Orthodox Protestant.

Surviving in addition to his wife of over thirty seven years are the three children, Michael Ishak and wife Angela of Austin, Texas, George Ishak and wife Lora of Ocala, Florida, Laurie Ishak of Atlanta, Georgia; two sisters, Nazaha Ishak and Nina Boulos both of the country of Lebanon; brother, Abdallah Ishak also of the country of Lebanon; sister-in-law, Angela Ishak of Houston, Texas; seven grandchildren, and nine great-great-grandchildren.