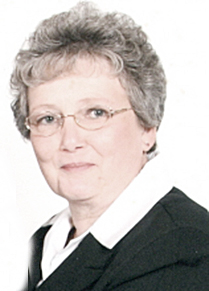 Mrs. Craighead was at the Hackett Chapel of Sanderson Funeral Home where her funeral services were conducted Tuesday morning January 26th with Bro. Lanny Thomas ad her pastor, Bro. Frank Bratcher officiating. Burial following the 11 a.m. chapel services was beside her husband in the Gene Butler Cemetery in the Brooks Bend Community of Jackson County. Edward L. Anderson officiated at the graveside interment.

Musical presence for the funeral service was provided by J. F. and Edna Woodard and Craig Mahler from the Carthage First Freewill Baptist Church.

At the Highland Community home of the late Bro. Comer McGuire on December 7, 1963, she was united in marriage to the love of her life, Kempville Community native Webb Allen Craighead, who preceded her in death at the age of 64 on March 5, 2010, succumbing to a brain tumor.

For many years she and her husband owned and operated a Grade A dairy on the family farm.

She received her General Education Degree.

The Craighead family requests memorials to either the Gene Butler Cemetery or the American Cancer Society.